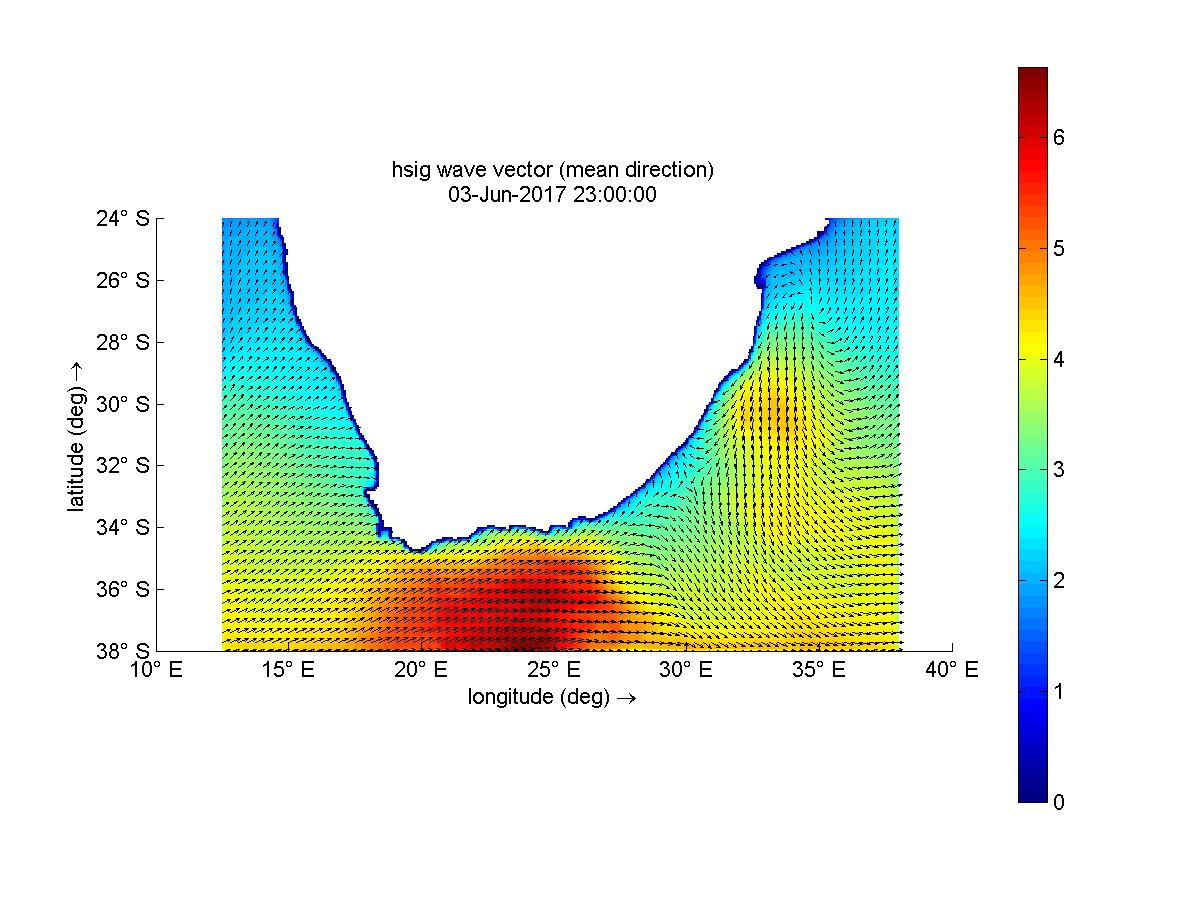 Earlier this year the South African Weather Service (SAWS) demarcated a dedicated Marine Research Unit. This exciting repositioning has its eyes on serving both social and commercial coastal users of South Africa. The methodology of the Marine Research Unit is to first establish the science underpinning tool developments through a series of international peer reviewed papers. Once the science and methodologies stood up against the peer review process, a particular tool will move on to the next phase of development.

Currently, the unit is in month five of the new unit and the first few papers have been submitted to international journals. The unit also had the privilege to represent South Africa at the Blue Planet Symposium in July 2018, where researchers met valuable international contacts and collaborators in the transdisciplinary fields of applied marine research.

As a quick highlight, product developments will focus on the new storm surge model for South Africa. In April 2018, a national workshop was held in Cape Town with the focus on gauging the importance of having an operational storm surge and wave forecasting configuration for southern Africa. Professor Kevin Horsburgh, Chief Scientist for International Development at the National Oceanography Centre in Liverpool, UK, was an invited guest at this workshop. After a productive day the decision was made that SAWS Marine will take the lead on the development with regular feedback to the stakeholder organizations. In August 2018, the first feedback meeting was held and received unanimous praise for the speed at with products were developed. On the 24th of August 2018 the SAWS Marine Unit saw the opportunity to implement the Beta version of the model to forecast an approaching storm noticed by the Weather Service forecasting team. Later that day the first high resolution wave and storm surge forecast was sent out. This was truly a historical event.

Currently this model is being refined, calibrated and validated. Coastal output resolution will also be incrementally increased with the goal of 250m coastal storm surge and wave forecasting resolution. This high resolution information will proof valuable for both coastal managing agencies and everyday coastal users ranging from fishers, surfers and bathers.