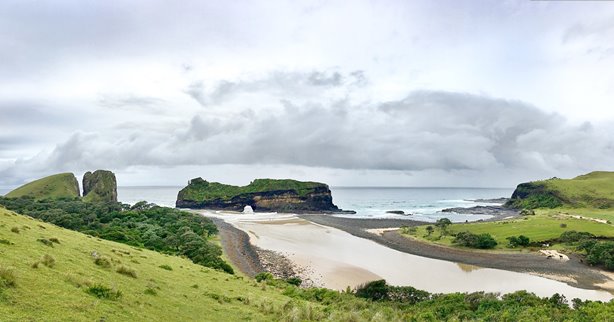 Climate change cannot be viewed in isolation from social development issues. While all regions of the world are affected by climate change, it is the poorest regions and poorest people who will bear the brunt of the impacts (Reid et al., 2009; ; Harris, 2010; Roberts 2013; Spires & Shackleton, 2018). The rural poor are particularly vulnerable, as they are heavily dependent on the sectors most directly affected by climate change, such as agriculture, ecosystems and water (DEA, 2016 DEA). Subnational actors, such as municipalities, are arguably best suited to implement climate change adaptation plans and practices (Roberts, 2008; Measham et al., 2011; Picketts et al., 2014).

This is because municipalities have direct interface with communities and their needs. Furthermore, local municipal officials in partnership with communities can ideally develop context-specific adaptation strategies that address the main impacts of climate change in their locality, and should provide tangible benefits directly to the affected local communities (Measham et al., 2011; Picketts et al., 2014). However, climate change policy and planning documents at the level of municipal governance rarely recognise the key underlying structural drivers of vulnerability, or consider the influence of other stressors poor communities are faced with (Picketts et al., 2014).

At the same time, municipalities often struggle to integrate climate change perspectives into existing social development planning and functions (Aylett, 2014). This is of particular concern in South Africa which remains plagued by the past injustices caused by Apartheid, high levels of poverty and inequality, gender-based violence, and health concerns such as HIV/Aids (NDP, 2011).  These challenges are intensified in the Eastern Cape, due to it being South Africa’s poorest, and fourth most highly populated province (StatsSA 2017a, 2017b).

Other challenges facing local government when it comes to planned adaptation include a lack of coordination between government departments and tiers of government; challenges with ‘up-scaling’ and fundraising for adaptation projects that cannot be measured for success in the present, especially within the target-driven discourse of municipalities; and lastly institutional resistance to change (Spires et al., 2014). South African municipalities are characterised by high levels of dysfunction and corruption, and struggle to respond to the pressing service delivery needs within their mandates (Monkam, 2014), even without the added pressure of responding to climate change. Within this challenging context, researchers and policy-makers must seek innovative ways to integrate climate change adaptation within municipal plans (Picketts et al., 2014; DEA, 2016).

To do this, it is necessary to understand what municipalities have been doing (or not) with respect to planning for climate change, whether such planning mainstreams climate vulnerability and adaptation options across sectors, and where the gaps and obstacles are.

Given the focus on planning, this research, as a first step, aimed to analyse and compare the IDPs of six district municipalities (DMs) in the Eastern Cape in terms of whether they support sustainable adaptation to climate change. The IDPs of the local municipalities (LMs) falling within the analysed DMs were also reviewed to establish if vertical linkages exist between the DMs and LMs.

The concepts of mainstreaming and sustainable adaptation provided useful lenses through which to do this, as both recognise the links between development and adaptation. Mainstreaming involves incorporating climate change adaptation across all spheres of policies and strategies which aim to alleviate vulnerability, in order to create an enabling policy environment for adaptation to climate change (Kok & De Coninck, 2007). Sustainable adaptation recognises issues of social justice, i.e. the structural deficits that shape vulnerability, and the impacts of multiple stressors on poor people, as well the need for environmental integrity (Eriksen et al., 2011; Eriksen & Brown, 2011). Eriksen et al. (2011:7) argue that ‘fundamental societal transformations are required’ to achieve sustainable adaptation. This highlights the importance of considering climate change actions in relation to social development concerns, especially in vulnerable regions such as the Eastern Cape.

Complementary to this, Lemos et al. (2013) introduce the idea of generic and specific adaptive capacity, and envision these as essential components in formulating climate change adaptation responses that are sustainable in the long term. Generic adaptive capacity is defined as the assets and entitlements that build the ability to cope with a range of stressors, and often involves addressing long-standing social development and inequality issues such as the lack of income, health, power and voice, access to land and resources, and education (Lemos et al., 2013).