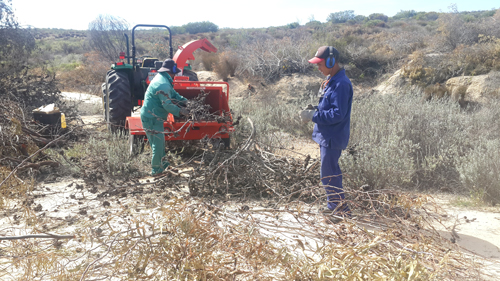 In its Adaptation Gap report of 2014, the United Nations Environment Programme estimated the adaptation cost to developing countries to be about USD 150 billion per year in a 2 degree Celsius world.  Its 2016 update estimated even higher costs.  Research by Climate Analytics and Oxfam shows that by 2030, developing countries could face adaptation costs of about USD 240 billion per year in a 3 degrees Celsius world, with current commitments to reducing emissions calculated to result in average global warming of at least that.

Many developing countries, including South Africa, included an estimate of adaptation finance needs in their voluntary commitments under the climate convention. However, these costs are considered to be preliminary, and countries use different methodologies and include different sectors, which makes it challenging to make sound comparisons.  What is important, though, is that developing and developed countries acknowledge their need for commitment to adaptation action, and are thinking creatively about quantifying their needs.  Developing countries will need finance support to meet their adaptation objectives, and developed countries have committed if not to redress than to their responsibility to provide support for adaptation through finance, technology transfer and capacity sharing.

The quality of climate finance is also of high importance, with transparency and accountability critical for ensuring that the vulnerable get the support they need.  The report warns against “creative accounting”, for example where loans and private flows are counted as finance support.  South-South flows also require robust and fair accounting methodology.

Image below: Wetland restoration work is an important aspect of adaptation to climate change because it helps to secure water resources

What is needed at Marrakech and beyond, says the report, is that “developed countries must agree a concrete roadmap at COP22 for how they will achieve the USD 100 billion commitment, ‘while significantly increasing adaptation finance from current levels’”.  In addition, rich countries should “commit to a substantial increase in resources” for the Adaptation Fund, Least Developed Countries Fund and Green Climate Fund.

The report Unfinished business: how to close the post-Paris adaptation finance gap is written by Tracy Carty and Armelle le Comte is available from here.