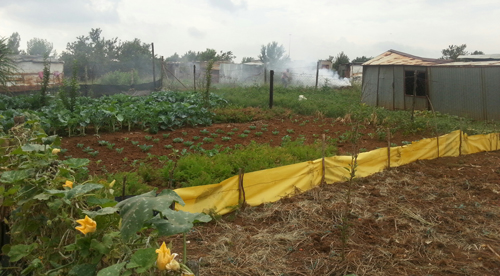 By Saleemul Huq for The Daily Star, Bangladesh

The Paris Agreement commits all participants, both developing and developed countries, to put in place clear strategies to not only reduce emissions of greenhouse gases through mitigation actions, but also to adapt to the adverse impacts of human-induced climate change. Nationally Determined Contributions (NDC) are the main vehicle through which each country has to report to the UNFCCC*,  through providing information on its mitigation strategies and proposed actions. Although reporting on their adaptation actions is not mandatory in the NDC, many countries have chosen to include adaptation along with mitigation.

It is therefore necessary to find common metrics and indicators in order to compare adaptation across countries, otherwise there will be a bunch of apples and oranges with no basis for comparison.

For mitigation measurements, this is less of a problem as the common metric for measurement is how much greenhouse gas emissions will be reduced by each country. From this data, it is easy to aggregate across all countries and find a global mitigation figure that can then be compared to the intention to limit warming to 2 degrees Celsius long term, or even 1.5 degrees Celsius.

However, for adaptation, there is no such common metric to measure against, and neither is it possible to aggregate across countries.  It is therefore essential to try to come up with some proxy metrics and indicators that might allow comparison (and possibly aggregation) across countries. One such common metric is the amount of money being invested in adaptation activities in each country as well as the amount being transferred from the rich countries to the poorer countries. This can also be compared to the total needs for adaptation, and thus an Adaptation Gap can be assessed in terms of money.

The recent Adaptation Gap Report by UNEP attempts to do so and finds a gap of at least USD25 billion a year at present, which is likely to grow in future.

Another, more bottom-up, metric that might be usefully explored is to try to assess (and if possible even measure) adaptive capacity of people at different scales. Thus, one could think of applying this analysis to individuals, households, communities, cities, institutions and even countries. Indeed, it may even be possible to aggregate to global scale as well.

A possible measure for such adaptive capacity might be on a scale of levels zero to five, with zero being no knowledge about climate change, one and two being levels of awareness of the problem of potential adverse impacts of climate change, and levels three through four being levels of knowledge about solutions (i.e. adaptation) to the problems, while five would be the highest level of adaptive capacity.

An indicator of knowledge might then be understanding climate change related terms and jargon. So a possible set of indicators may be as follows:

Thus one could assess where an individual is on such a scale of adaptive capacity and then also aggregate across many individuals within communities and countries, and even globally for all citizens of the planet.

Ultimately, if all the citizens on the planet are to successfully adapt to the adverse impacts of climate change, they will need to climb this knowledge ladder to reach the upper range of level five, or at least four.

Saleemul Huq is Director of the International Centre for Climate Change and Development (ICCCAD) based at the Independent University, Bangladesh.

This article was first published in The Daily Star, Bangladesh: http://www.thedailystar.net/op-ed/politics/climbing-the-knowledge-ladder-1234420