By Jana Grieb for Pambazuka News

The seed is the first link in the food chain…. If farmers do not have their own seeds or access to open pollinated varieties that they can save, improve and exchange, they have no seed sovereignty – and consequently no food sovereignty. (Shiva 2012)

As long as agriculture has existed, farmers have selected and saved healthy seeds for the next season and bred new varieties that ensure the conservation of agricultural biodiversity. Since scientists began breeding and producing seeds professionally, creating hybrids and genetically modified seeds in specialised laboratories, seed production has become a huge global business. Its aim is to create a harmonised global seed market with uniform products that encourages farmers all over the world to apply the same industrial model of agriculture. This involves buying expensive industrial seeds, fertilisers and chemical pesticides and using irrigation to achieve high yields and a standardised output at the expense of natural balance and in total ignorance of local ecological and climatic conditions.

We have seen this push for the commodification, financialisation and privatisation of nature in the recent surge of land and water grabs in Africa and the rising influence of large transnational corporations (TNCs), like Monsanto, on African governments to implement their desired seed laws. However, the industrial mode of production puts small-scale farmers in great danger, as they lose control over their own land, soil and seeds, and ultimately over their food. This article draws on the experiences of farmer communities in Gatundu and Machakos, Kenya, who shared how large seed companies and seed policies endanger their livelihoods, and how they have organised themselves to fight back.

A “green revolution” for Africa

The abundance of natural resources in Africa is a veritable goldmine for transnational corporations, governments, and development agencies, that seek to commercialise and privatise whatever resource they can get a hold of: water, minerals, oil, renewable energy sources, forests, seeds. Agricultural land is one of their main targets. Land deals and illegal land grabs in Africa in the past decade cover an area larger than France, Germany and the United Kingdom combined. The new interest in land is not surprising, given the fact that Africa has around 600 million hectares of uncultivated arable land – a spotted opportunity for every international investor. The seed system is also not yet under corporate control, since more than 80 per cent of all seed in Africa is produced and shared through ‘informal’ farmer-based seed systems.

A whole armada of global players from the seed industry, development cooperation ministries, and various initiatives are now pushing to establish a profitable market for private agricultural corporations in Africa and minimise state interference. These include the World Bank, the African Development Bank, the United Nations Food and Agriculture Organisation (FAO), the group of eight wealthiest countries (G8), the African Union, the Bill Gates-funded Alliance for a Green Revolution in Africa (AGRA), the International Fund for Agricultural Development (IFAD), and many more. There is a call for a “second green revolution” for Africa that would supposedly ensure food security and foster economic development. But what could a “green revolution” for Africa mean, taking into account the devastating effects it had on India and other countries?

Introduced in the 1950s by the Ford and Rockefeller Foundations, the green revolution was applauded as a strategy to fight global hunger by spreading scientifically “improved” plant varieties in developing countries. Indeed, the planting of these new high yielding crops (HYC) led to extreme yield increases in Asia and South America. Farmers extended rice and wheat growing areas at the expense of other crops. As a result, cereal production in Asia more than doubled between 1970 and 1995. The downsides of growing HYCs and other hybrid varieties were the high costs for the huge amounts of fertilisers, chemical pesticides and irrigation needed, that impoverished the soils. Farmers who could not afford these additional costs fell into debt over the years and were left with hectares of sterile land. Moreover, the rice and wheat monocultures led to a dramatic loss of biodiversity. In 1995 the UN reported that 75 per cent of all agricultural biodiversity had disappeared because of the introduction of modern varieties.

The Green Revolution of the 1970s did not flourish in Africa for various reasons. However, the key players of global capitalism are trying very hard to make up for that now. The Bill and Melinda Gates and Rockefeller Foundations founded the Alliance for a Green Revolution in Africa (AGRA) in 2006, with the proclaimed aim to reduce hunger and ensure food security in Africa. Both their rhetoric and their methods are not new: By opening up the agricultural sector to large private investors and TNCs, AGRA aims at establishing high input agriculture with “improved seeds” and fertilisers, all in the name of “meeting African farmers’ specific agricultural needs”. AGRA is funded by several development ministries, foundations and programmes and the Government of Kenya.

The starting point for this new Green Revolution are seeds, “the first link in the food chain” (Shiva, 2012). The best way to achieve corporate control over seeds is to push governments to introduce new seed laws. These include intellectual property laws and seed trade regulations, both measures to privatise seed production and ban non-registered farmers’ seeds. AGRA programme officer Jane Ininda emphasises the necessity to “put in place regulatory systems that can quickly test and allow an influx of new commercial varieties”. These “regulatory systems” are advocated by a number of subregional African bodies, such as the Southern African Development Community (SADC), the Common Market for Eastern and Southern Africa (COMESA), or the African Regional Intellectual Property Organisation (ARIPO). Their market restrictions and plant variety protection schemes are borrowed directly from the US and Europe.

COMESA, for example, set up regulations allowing only authorised seeds to be grown and marketed among its 20 member states. Smallholder farmers, who account for about 75 per cent of agricultural production on the continent, were not included in the COMESA negotiations. Their farming methods are consequently put under threat. The large majority of farmers in Africa are family farmers, who till an average of 1.6 hectares of land. Very little chemical fertilizers and pesticides are used in most African countries, except South Africa. Seeds are saved from the previous harvest and grown in the next season. Traditionally, women carry(ied) out the important task of seed selection. Under new seed regulations the farmers’ informal seed exchange systems are criminalised. Their local varieties are not protected, because they don’t fall under PVP  criteria. The COMESA treaty prohibits transboundary movement of non-registered varieties.

Another measure is to create monopolies on seed production that dangerously limit the farmers’ choice over which seeds to buy. AGRA already involves more than 100 seed companies that constitute around a third of the seed market. Instead of their own seeds that have been carefully selected over the years, farmers are pressured to use industrial seeds, that are expensive and often not adapted to the specifics of the region. In Kenya, farmers have been reportedly receiving 6,000 shillings (USD 92) in vouchers from the government to make them buy “improved” seeds, fertilizers and pesticides. The money comes from AGRA. It remains unanswered how the farmers will sustain the high costs of these inputs, once the donors stop subsidising.

Foundations like the Bill and Melinda Gates Foundation invest huge amounts of money in research that is supposed to show the benefits of hybrid and GMO seeds. The same foundations are closely related to transnational corporations, who launch extensive marketing campaigns to sell their products. The Bill and Melinda Gates Foundation, who are supposedly committed to improve farmers’ lives, own Monsanto shares valued at USD 23 million. The pressure to liberalise markets, harmonise seed laws and allow GMO seeds increases on countries that receive financial aid from these foundations. Kenya, for example, is on the verge of lifting its ban on GMOs, following pressure from Monsanto, the United States Agency for International Development and the Gates Foundation.

Organic farmers from Machakos, Kenya, said that fertiliser and seed companies even deploy their own extension officers and agro-dealers in the villages, who aggressively advertise their products. When their promises prove false, nobody compensates the farmers for their losses. Joyce Mueti, smallholder farmer from Machakos, explains: “We bought certified seeds and were told that if they do not grow, we send an SMS to the seed company. The crops failed and when we called the companies the calls did not go through”.

Many of the farmers reject the corporate seeds. Studies show that farmers in Uganda, Ghana, Benin, Kenya and Tanzania generally prefer their local varieties instead of those developed by the International Institute for Tropical Agriculture (ITA) in Nigeria. Resistance against the seed industry grows and civil society organisations, like the Alliance for Food Sovereignty in Africa (AFSA), are raising awareness for this subject.

In workshops organised by Fahamu Networks for Social Justice, organic farmers from Gatundu, Kenya, educated fellow farmers about the benefits of organic farming. They explained, that organic farming is sustainable because the variety of crops grown ensure soil fertility, preserve biodiversity, and are less vulnerable to climate change. Organic farming is also cheaper because it does not depend on external inputs. 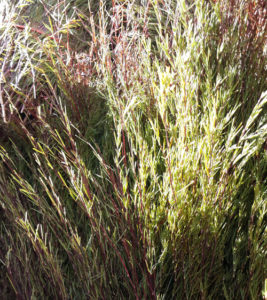 More often than not, for have been proven to result in stronger crop performance example with rooibos farming, traditional seed saving practices

Farmers in Gatundu and Machakos in Kenya are committed to revive their traditional practices of seed saving, storing and selection. They are determined to organise themselves to spread information on how seed laws give agribusinesses control over farmers’ lives and ultimately over all of our lives, by determining what to plant and what to eat. Joyce Mueti from Machakos Small Scale Farmers Association suggested: “Every farmer who has a farm near the road should from now put up a demo farm with a billboard indicating indigenous seeds, this is the best way to counter the seed companies.”

This article was published in Pambazuka News on 12 May 2016. Thanks to Henry Makori for permission to republish. www.pambazuka.org