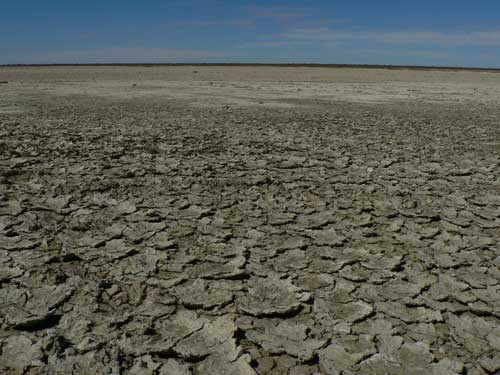 Alinah Mthembu of the Department of Environmental Affairs explained that the National Adaptation Strategy (NAS) is being developed according to the requirements for National Adaptation Plans as per the guidelines of the United Nations Framework Convention on Climate Change.  The NAS is aimed at ensuring that adaptation measures are integrated into all government planning, budgeting and development objectives.  It seeks to form collaborative and joint action with all stakeholders, and include processes that are developed at provincial levels.  Mthembu said: “The strategy is more of a mosaic.  We are trying to put together different elements that have adaptation aspects within them, and from that develop a national strategy”.  The key objectives of the NAS are to: “build climate resilience and adaptive capacity, provide leadership and guidance in terms of integration of climate change adaptation responses, and optimise and balance policy, planning and implementation”.  Mthembu said that once the strategy is finalised, it will be put through gazetting processes, so that it will have formal legal status.

Image below: Participants at the Northern Cape Vulnerability Assessment workshop

Kgaugelo Chiloane of KECES said that the strategy needs to represent all sectors and stakeholders, and that there is a need for sound understanding of the long term impacts of mitigation measures on the environment.   She asked participants to share the adaptation methods that they are currently using, as well as any new processes that they will be introducing into their work. The adaptation options that will be reflected in the final strategy will be informed by inputs from those who attend the provincial workshops or make input electronically.

One particular strategy shared was that of protecting traditional cattle breeds, and interbreeding them with more commercial stock to improve their resilience to drought conditions and other climate change related stresses that are projected.  There was some debate about the use of genetically modified plants being used as an adaptation strategy, with one participant saying that it is an important strategy and another pointing out that breeding commercial plants with traditional varieties could be more effective for producing drought resistant crops and less risky for the environment.

Urban Earth was appointed to coordinate provincial input into the national process, and initial desktop assessments have been completed for all provinces.  At the workshop, Urban Earth’s Derek Morgan facilitated a participatory process where participants identified and discussed the critical climate change issues in the Northern Cape that needed to be included in the NAS.

Image below: The Orange river begins in the Lesotho Highlands as the Senqu, and ends in a salt march estuary in the arid north-eastern corner of the Northern Cape

Water management emerged as a critical issue, both in terms of efficient use within the province and, more critically, in terms of addressing upstream pollution of the Northern Cape’s water resources.  Coal and gold mining, power stations, and raw sewage entering rivers in other provinces impacts significantly on the quality of water in the rivers that flow into and through the Northern Cape.  Protection and sustainable use of wetlands, particularly seasonal wetlands that may not always be recognised as water resources, was raised as an important matter.  Discussion about the Orange River in particular was intense, as participants pointed out that the river not only flows through five provinces, but is also influenced by activities in four countries.  This is just one example of why regional and international collaboration in climate change adaptation and water resource management is important.

Other issues raised during the process included:

One participant raised the point that the process of developing a provincial adaptation strategy should have started at grassroots level, because that is where the traditional knowledge lies: “this is something we need to look at otherwise we are going to lose some very important information and processes”.  A particular concern raised by one participant was that coastal communities in the Northern Cape do not seem to have a presence at the provincial workshops.  Others raised the issue that many municipalities, even those who are aware of the process, do not have the capacity or budget to consult with their constituencies or even to attend the provincial workshops.

Those managing the process have made it possible for all interested parties to engage electronically should they wish to do so.  The next workshop is scheduled for mid April, date and venue to be confirmed.