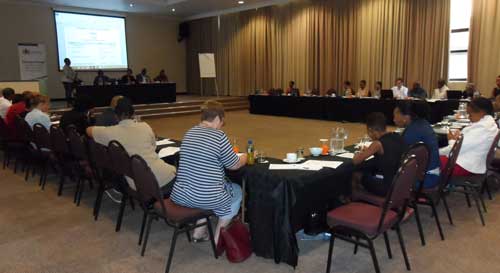 Cities are key agents in climate change, using 78 per cent of global energy and being responsible for over 60 per cent of all carbon dioxide and considerable amounts of other greenhouse gas emissions, principally via energy generation, vehicles, industry, and biomass use. Today more than half the global population lives in cities, and by 2050 this is expected to rise to over 70 per cent. Implications of such developments are severe, and this includes impacts to air and water quality, access to water accessibility, land use change, and waste management. Climate change also impacts infrastructural development and access to essential urban services and quality of life in cities. Moreover, the majority of crucial economic and social infrastructure, government facilities, and assets are situated in cities.

As a result, the mayors of cities across the world – from New York to London, Beijing to Tokyo, Brasilia to Buenos Aires, Lagos to Johannesburg – formed the World Mayors Council on Climate Change, with the intention of addressing these problems. Many cities have embraced their roles as agents of adaptation to provide the necessary conducive environment for harnessing the full potential of their residents.

The Gauteng Climate Adaptation Forum is an avenue for cities in the province to hone their skills and cross-pollinate ideas in climate change adaptation for sustainable development and the wellbeing of their residents, especially the urban poor (such as residents of informal settlements) who bear the brunt of climate ravages in developing countries. The forum also aims to promote coordination of climate change issues amongst institutions.
The Forum held its first meeting of 2016 in Johannesburg last week, with attendants including representatives of provincial government, Ekurhuleni Metropolitan Municipality, City of Tshwane Metropolitan Municipality, Mogale City Local Municipality, City of Johannesburg Metropolitan Municipality, and a number of non governmental organisations including Urban Earth and academic representatives.

Loyiso Mkwana of the Gauteng Department of Agriculture and Rural Development highlighted the draft Carbon Bill, pointing out that South Africa is ranked on par with developed nations in terms of carbon emissions. He added that several developmental milestones that we have achieved could end up being reversed if we do not address climate change impacts adequately. Consequently, South Africa’s growth should be within the framework of green growth and sustainable development. Such a development paradigm, he explained, does not produce results overnight, but does eventually lead to longer lasting and healthier growth rather than short-term results that are fraught with many unintended negative consequences.

Representatives of Urban Health drew the link between climate change and health. They explained that climate change causes heat stress, with high temperatures resulting in fatigue and decreased worker productivity. This is a big concern for cities as engines of economic growth. Furthermore, climate change enhances the spread of communicable diseases. For example, high rainfall is associated with vector-borne diseases such as yellow fever, and floods may result in contamination of water supplies which, coupled with poor sanitation facilities, results in the spread of diseases such as diarrhoea and typhoid fever. Incidences of non-communicable diseases also increase with climate change, with extreme weather events and heat waves increasing cardiac diseases and hypertension, among other health complications.

Representatives from the various cities briefed the Forum on the measures being taken by their individual cities to address climate change. These included drafting new city policies and action plans; promulgation of regulations on urban planning and environment to manage climate change; more proactive responses to climate disasters whilst building capacity and resources; and increasing public awareness on climate variability and climate change-induced hazard mitigation.

With adequate planning, enhanced capacity, and the appropriate governance structures, cities can be avenues of innovation and efficiency. In partnership with their associated local authorities, cities have the potential to reduce the causes of climate change and effectively guard themselves from its impacts.