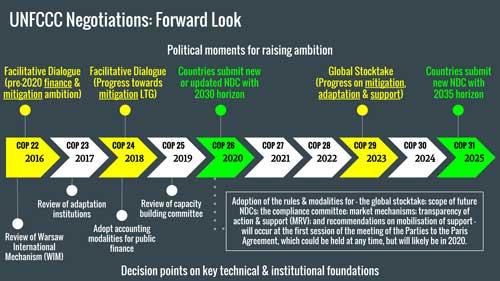 In the first week of February the African Climate and Development Initiative (ACDI) at the University of Cape Town held a UNFCCC COP21 debrief in Cape Town.  Speakers included Harald Winkler of the Energy Research Centre, Tasneem Essop of WWF, Goosain Isaacs of the Western Cape Province, Mark New of ACDI, and independent climate change researcher and analyst Penny Urquhart.

Winkler, who is a key member of South Africa’s negotiations team, pronounced Paris a “relative” success, saying that it exceeded his personal expectations.  Key contributing factors to its success, he said, included political will from the USA and China, good chairing of the G77China grouping, a good COP presidency, and the efforts of “many dedicated individuals working together”.

Winkler talked to three specific goals achieved in the Paris Agreement.  With mitigation, there is commitment for emissions to peak as soon as possible, with greater leeway for developing countries, and the decision to reduce emissions from 55 gigatonnes to 40 gigatonnes in2030.  The global goal for adaptation in terms of increasing adaptive capacity and resilience was a second key achievement.  And the third was to increase finance flows from USD 100 billion per year beyond 2020, with a balance between adaptation and mitigation.

Essop heads WWF’s Global Climate and Energy Initiative but spoke at the seminar in her personal capacity.  She said that there should be no underestimation of the value of having achieved agreement but there are still significant gaps between what is required and the commitments on the table. 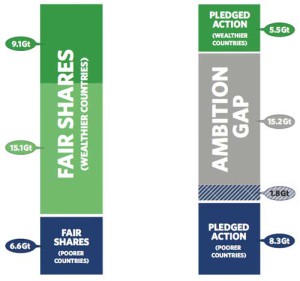 Although the Paris Agreement moved beyond the Annex I/non-Annex I categories that were previously used, differentiation is still reflected, particularly in mitigation and finance. The implication for South Africa, said Winkler, is that it can no longer avoid committed action on climate change on account of being in the non-Annex I grouping. The Paris Agreement made Adaptation and Loss & Damage more prominent than previously, and although the text on Loss & Damage is weak, that it is a standalone section acknowledges that there will be irreparable damage that adaptation cannot address.

Winkler said that in his opinion the strongest feature of the Paris Agreement was that of transparency, which talks to transparency on both action and support, common modalities of reporting, and improved reporting and review. As a result of the Paris Agreement, South Africa will be committed to produce more regular communications, and those communications will be subject to international review.  Reporting requirements include reporting on mitigation, support in the form of finance, technology and capacity building, and adaptation plans and communications.

The practicalities of this translate into South Africa now being obliged to pursue domestic mitigation measures, in line with its nationally determined mitigation contributions, and required to show what measures will be implemented to achieve its mitigation objectives.  The country is required to report on specific information every two years with a global review every five years, and to progress in its mitigation ambition.

For Essop, what is critical going forward is to reinforce the already strong and active citizen participation in all countries, and for countries to be held accountable at national level for the agreements they make at international fora.  She said that the global stock takes were good opportunities to push for stronger commitments based on science and equity.

We will report further on Tasneem Essop’s remarks in the March newsletter.

Paris Agreement: after climbing a great hill, many more to climb

What might the Paris Agreement mean for South Africa?