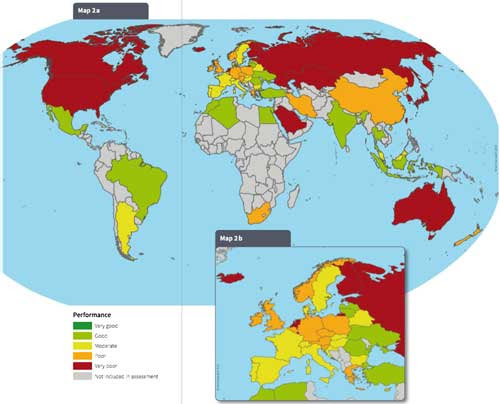 Germanwatch and Climate Action Network Europe conduct an annual review of countries’ efforts to avoid climate change. This is published as the Climate Change Performance Index (CCPI), with the 2016 edition being released in Paris in December.  The CCPI is intended to enhance transparency in climate politics through political and social pressure on countries that have failed to take ambitions action on climate protection.  It also highlights countries with best practice climate policies.   The report assesses 58 countries that account for 90 percent of global emissions.

CCPI 2016 states that carbon dioxide emissions in energy has increased since 2013 but there is an indication that this is slowing down, coupled with a rapid growth in renewables.  About half the world’s investment in renewable energy capacity is from the developing world and increasingly the price of renewables is competitive with fossil energy sources.  In addition, coal use is on the decline globally, with consumption declining about four percent in total, notably in US, Canada, Germany, UK, Turkey, China, Japan and South Africa. 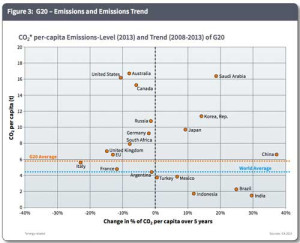 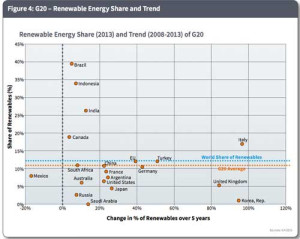