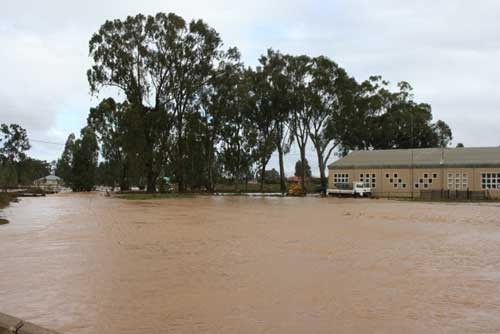 Thanks to much hard work by our delegation and others, the Paris Agreement incorporates strong intentions regarding adaptation to address the needs of affected populations. For the first time a comprehensive set of goals and intentions has been agreed to by all nations.

Although the Agreement does not guarantee that everything that must be done will be done – or financed – it does set out a clear roadmap that national governments and multi-lateral agencies and donors can use to guide their policies and decision making. It also provides civil society actors with a sound framework for mobilisation and against which government action (or inaction) can be critiqued. The Agreement recognises the interplay between mitigation and adaptation, and that “greater levels of mitigation can reduce the need for additional adaptation efforts”. The investment trade-off inherent in this is also acknowledged: “greater adaptation needs can involve greater adaptation costs.”

A further significant outcome of Paris is that the developing world has succeeded in ensuring that Loss and Damage appears as a standalone article (Article 8 of the Agreement), despite the strong opposition of some of the biggest historical emitters. This acknowledgement of the unavoidable negative impacts of climate change sees Loss and Damage emerging as the third pillar of climate change alongside mitigation and adaptation, underscoring the fact that there are limits to adaptation and that residual damage is something that needs attention from all.

Article 7.1 of the Agreement establishes a global goal on adaptation of “enhancing adaptive capacity, strengthening resilience and reducing vulnerability to climate change”, and links this to contributing to sustainable development. The Agreement recognises that adaptation is a global challenge faced by all, and that it is a key contributor to global responses to climate change that is intended to protect people, livelihoods and ecosystems.

A significant element of the Agreement is its recognition of the “urgent and immediate needs” of vulnerable developing countries. It further notes that there is a “significant” current need for adaptation, and points to the link between mitigation and adaptation: effective mitigation can reduce the need for additional adaptation efforts, along with inevitable greater costs.

The Agreement supports a “country-driven, gender-responsive, participatory and fully transparent approach” that takes the needs of vulnerable groups, communities and ecosystems into consideration. The importance of basing adaptation on the best available science and other knowledge systems is noted, as is the importance of “integrating adaptation into relevant socioeconomic and environmental policies and actions”. Also outlined are a number of other obligations of national governments including commitments to information sharing, monitoring and reporting.

The Agreement establishes a global framework within which national governments will further develop their adaptation initiatives However, cooperation between nations is seen as crucial to successful adaptation on a global scale, including sharing knowledge, and strengthening institutional arrangements and scientific knowledge on climate. Developing countries should be assisted in identifying adaptation needs and priorities as well as effective adaptation practices in ways that will foster good and sustainable practices.

Picture below: Vineyards at the entrance of Vredendal in the Western Cape,flooded in July 2008 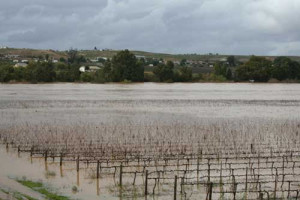 Parties to the Convention commit themselves to sound adaptation planning and implementation at national level, based on adequate assessments of climate change impacts and vulnerability that prioritise “vulnerable people, places and ecosystems”. Effective monitoring, evaluating and learning processes should support these efforts. The intended outcome is greater “resilience of socioeconomic and ecological systems, including through economic diversification and sustainable management of natural resources.”

The Agreement recognises that stocktaking at national and global levels is essential to track impacts and progress towards effective adaptation planning and implementation in developing country Parties, and should contribute to enhancing the implementation of adaptation action, in part through review of the “adequacy and effectiveness of adaptation and support provided for adaptation”. Last, but not least, stocktaking should “review the overall progress made in achieving the global goal on adaptation”.

Article 8 of the Paris Agreement addresses Loss & Damage, and recognises “the importance of averting, minimizing and addressing loss and damage associated with the adverse effects of climate change, including extreme weather events and slow onset events, and the role of sustainable development in reducing the risk of loss and damage.”

The role of the Warsaw International Mechanism for Loss and Damage (adopted at COP 19 in 2013) associated with the adverse effects of climate change was formally recognised in the Paris Agreement. Although it not a mechanism that assigns responsibility or ensures recompense of any sort, it nevertheless creates a vehicle for enhance understanding, action and support. This is intended to be on a “cooperative and facilitative basis”, thus letting the big historical greenhouse gas emitters off the hook as far as having to pay for the damage caused by the past practices in their countries.

The areas of cooperation and facilitation to enhance understanding, action and support may include aspects such as early warning systems, emergency preparedness, slow onset events, events that may involve irreversible and permanent loss and damage, comprehensive risk assessment and management, risk insurance facilities, climate risk pooling and other insurance solutions, non-economic losses and finally the resilience of communities, livelihoods and ecosystems.

While these rather weak provisions are unlikely to be of great help to people living in island states that are threatened with permanent inundation by sea level rise, they nevertheless represent an advance in establishing Loss & Damage as the third pillar essential to address the impacts of climate change.