An Islamic Declaration on climate change, formulated by faith leaders, policy makers and academics, was released this month, following a symposium in Istanbul. 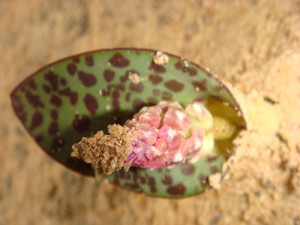 He raised the heaven and established the balance, So that you would not transgress the balance. Give just weight – do not skimp in the balance. He laid out the earth for all living creatures. (Qur’an 55: 7-10)

The Declaration was conceived in recognition of the role that faith communities can play in creating “a fairer, safer, cleaner world built on renewable energy”.  It acknowledges that the pace of climatic change that is currently occurring is faster than ever before, and a result of human activities. It goes on to outline the risks that climate change presents to ecosystems and people, based on IPCC findings, concluding that “there are serious flaws in the way we have used natural resources – the sources of life on Earth”. 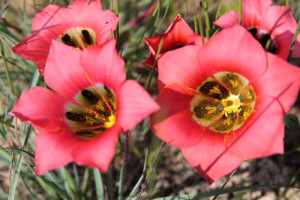 We are but one of the multitude of living beings with whom we share the Earth;We have no right to oppress the rest of creation or cause it harm; Intelligence and conscience behoove us, as our faith commands, to treat all things with care and awe (taqwa) of their Creator, compassion (rahmah) and utmost good (ihsan).Quote from the Islamic Declaration on Global Climate Change

The Declaration calls for an equitable and binding agreement in Paris this year, referring to the “enormous responsibility the COP shoulders on behalf of the rest of humanity, including leading the rest of us to a new way of relating to God’s Earth”.  Well-off nations and oil-producing states are called on to take the lead in phasing out carbon emissions by mid-century, as well as provide the financial and technical support needed by developing nations in their mitigation efforts.  Wealthier nations are also called on to “recognize the moral obligation to reduce consumption so that the poor may benefit from what is left of the earth’s non-renewable resources”.

The people and leaders of all nations are encouraged to commit to renewable energy and/or a zero emissions strategy and to “set in motion a fresh model of wellbeing, based on an alternative to the current financial model which depletes resources, degrades the environment, and deepens inequality.”  Prioritisation of adaptation efforts is emphasised, as well as support for vulnerable countries and groups.

The private sector is urged to “shoulder the consequences of their profit-making activities”, “change from the current business model which is based on an unsustainable escalating economy”, “pay more heed to social and ecological responsibilities”, and “assist in the divestment from the fossil fuel driven economy and the scaling up of renewable energy and other ecological alternatives”.

The Declaration was finalised at a symposium in Istanbul in mid August, attended by senior policy makers, academics and faith group leaders.  A draft had been circulated widely for consultation prior to the symposium.  Speakers included Ibrahim Thiaw of United Nations Environment Programme, Saleemul Huq of International Institute of Environment and Development, Mohammed Adow of Climate Action Network International, Mohamed Ashmawey of Islamic Relief Worldwide, and a number Ulema leaders.

The Islamic Declaration on Global Climate Change is available at http://islamicclimatedeclaration.org/islamic-declaration-on-global-climate-change