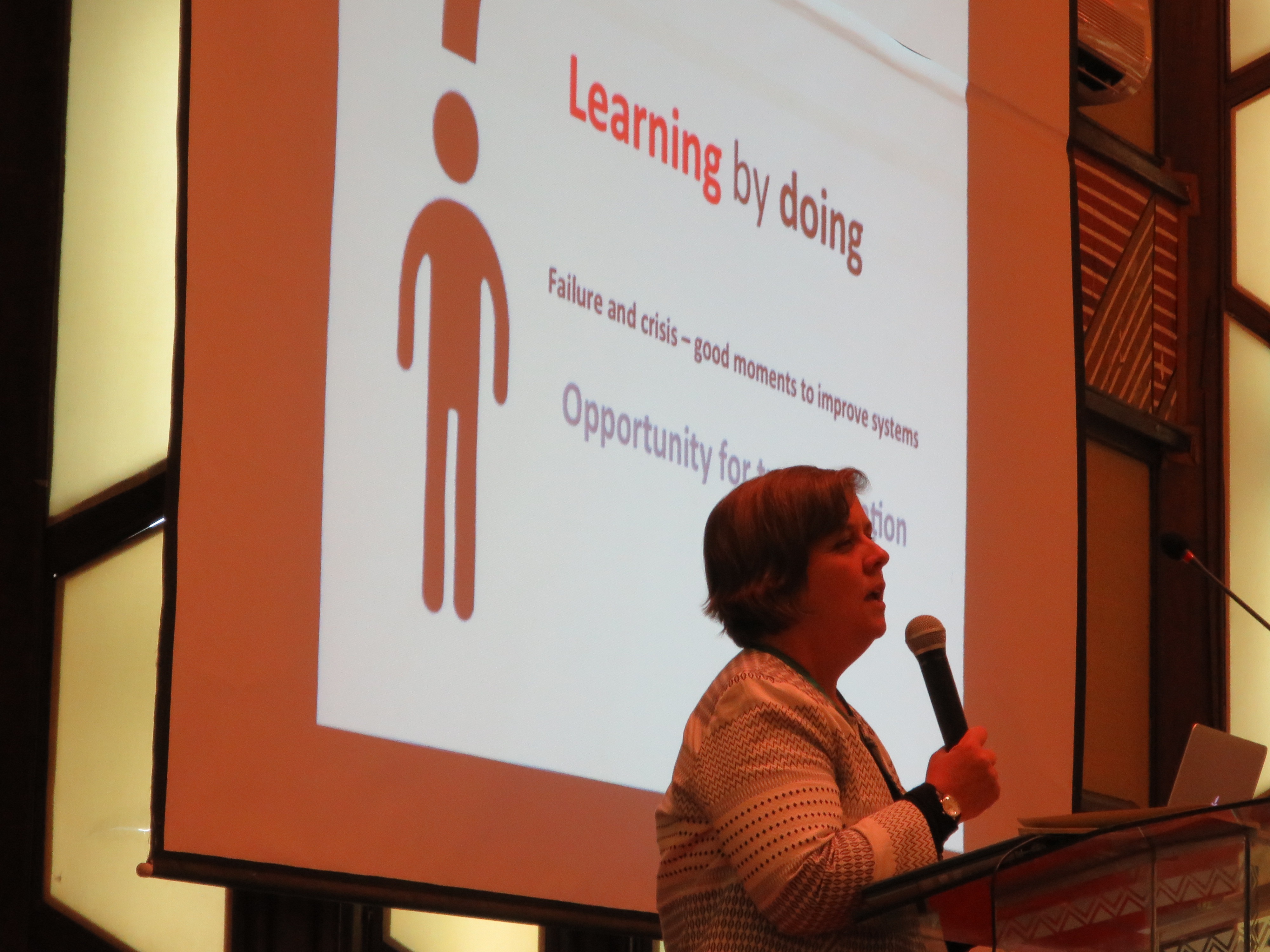 In late April more than 400 representatives from governments, civil society, the scientific community,
and non-governmental organisations gathered in Nairobi, Kenya, at the 9th International Conference
on Community-Based Adaptation (CBA) to climate change. Appropriately, the Adaptation Network
was well represented at the conference.

CBA is a participatory, community-led and environmentally sustainable approach to adaptation that
aims to strengthen the resilience of poor and vulnerable communities. The theme of the 2015
conference was ‘Measuring and enhancing effective adaptation’. IIED senior researcher Susannah
Fisher led the opening plenary which addressed the issues of ‘measuring, linking and learning about
adaptation effectiveness across scales’. The key challenges raised were around supporting CBA in the
context of national planning and global frameworks, which are not usually well-attuned to community
dynamics and needs. Based on the engaging discussions, lessons learned, and outcomes of this conference, participants of CBA9 drafted the Nairobi Declaration.

The conference reflected the wide range of approaches being pursued by a range of actors, and perhaps the most insightful session was an “out of the box” plenary session facilitated by Adaptation Network member Bettina Koelle (please see featured photo) that focused on learning from failure. It enabled participants to open up and recognize that adaptation initiatives frequently go wrong, but we fail to learn effectively from these experiences because they are not what donors or bosses want to hear. The discussions in round-table format were energized and honest, and surfaced many valuable insights. Participants were not identified in reporting.

More information about the conference is available at: 9th Community Based Adaptation Conference